Spencer is certain the delay was the best choice.

Starfield, the first new video game IP developed by Bethesda in over 20 years and a massive project besides, was originally scheduled to release this month, just in time for the 2022 holiday season. However, back in May, Bethesda, in conjunction with Microsoft and Xbox, announced that the game would be delayed to an indeterminate point in early 2023.

In an interview with The Verge, Microsoft Gaming CEO Phil Spencer said that while the delay was a tough decision, it was ultimately the right move to make. “We have experience shipping games too early, but in hindsight when you look at a game like Starfield, which has taken so long and so much investment in new IP from the team, the decision to give the team the time to build the game that they feel they should be building is just the right thing to do.”

As Microsoft acquired Bethesda’s parent company ZeniMax in the past year, choosing to delay this game, as well as Arkane’s upcoming Redfall, was a financial hit. Spencer believed, however, that the benefits outweighed the costs. “Starfield and Redfall, which are our first big Xbox games with ZeniMax coming into the team, I just wanted to make sure those teams felt that they had the support they could get from Xbox. Maybe feel some of the benefit of being part of a larger organization that has other revenue streams and other things going on that could be helpful.”

“I, as somebody who has seen a few county fairs here, might get some gut instinct about where we are,” Spencer said, “just in the way the teams are talking about their game, where we are in playing builds. But you want teams to feel like they own their dates. It’s one of the things that, when teams feel like they own their own destiny with their games, they deliver better. So you wait for the real signal from the creative teams and production teams.”

In this article:bethesda, Microsoft, Phil Spencer, Starfield, Video Games
Up Next: 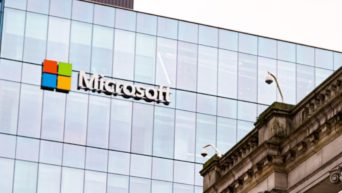